Carbon nanotubes are very tiny lightweight cylinders made up of carbon atoms, usually measuring on the nanometre scale. On the molecular level, carbon nanotubes (often abbreviated to CNT) are 100 times stronger than steel, as well as being 1/6th the weight of steel. Along with these mechanical properties, CNTs are also some of, if not the best conducting materials for heat and electricity. Due to these many properties, these CNTs have been on the minds of many physical and chemical scientists (known as nanoscientists) very recently, as they could help in the creation of many new types of technology, including longer lasting electric car batteries, which would help in reducing climate change.

The first recorded use of carbon nanotubes may surprise some, as they were first used in mediaeval times, although unbeknownst to their creators. Swords from this time have been examined, and some of them have been shown to contain CNTs, with each tube only being slightly larger than half a nanometer in thickness. Marianne Reibold and colleagues from the University of Dresden looked at ‘Damascus steel’ swords, where they found they had a content of around 1.5% carbon. This should have made the swords brittle, however these swords were very malleable and had a terrific hardness, this is why these swords have gone down as something from legends.

In 1952 Scientists L. V. Radushkevich and V. M. Lukyanovich reported clear photographs of 50-nanometer diameter carbon tubes in the Soviet Journal of Physical Chemistry. However, as the study was published in Russian, and Western scientists’ access to Soviet press and studies were restricted at this time, due the Cold War, this finding went virtually ignored. Carbon nanotubes were most certainly created before this date, but the inventions of the transmission electron microscope allowed scientists to finally see what they created.

Then in 1958, the physicist Roger Bacon was examining carbon at a temperature and pressure that would allow the solid, liquid, and gaseous phases of carbon to coexist at the same time, known as the triple point in thermodynamics. However when examining the carbon, he discovered a new carbon fibre that would change the course of nanoscience forever. These carbon fibres were hollow in the middle,being around a few micrometres in width, and almost 3cm in length. While not technically CNTs, these carbon fibres were the first stepping stones towards the creation of CNTs.

However, most scientists are of the consensus that the first proper creation of these CNT were first done by the Japanese scientist Sumio Iijima. Iijima made these CNTs using a method known as the ‘arc discharge evaporation method’. This is where a material, in Iijima’s case carbon, is vaporised between two electrodes. This vapourized material is then condensed out to grow nanoparticulate materials. The CNTs discovered here have become the main format of what CNTs look and act like to this day. Due to this, Suono Iijima is now known as the godfather of modern carbon nanotubes.

The applications of CNTs are endless. One current use of them is for a product known as ‘Gecko tape’. Sold commercially, gecko tape is able to stick and hold lightweight materials to smooth surfaces, almost like double sided tape. It was given its name as it was modelled after how gecko’s feet are able to stick to materials, even just one toe at a time, using van der waals forces. This tape is made of a polymer embedded with synthetic setae, kind of like needles, made of CNTs. These CNTs allow the tape to stick and come off from smooth materials quite easily, leaving no residue. They are even able to work at the most extreme of temperatures.

A potential use for these CNTs that has been heavily looked at is for drug delivery within the body. The nanotube would allow for medicine doses to be reduced by localising delivery, as well as considerably lowering the cost for customers. The medication would be carried by the nanotube in one of two ways: it can be connected to the side or trailed behind the tube, or it can be inserted directly inside the tube. Both of these approaches are effective for medication delivery and distribution inside the body.

Carbon nanotubes have only started to change the world, but already their effects can be seen all over. It is incredible to see how they have evolved, from humble beginnings being used in swords of mediaeval times, to potentially being used as a drug delivery system, it is fair to say that Carbon nanotubes are ‘the’ future of technology.

When Will We Use This in the Real World? The Importance of Math Education 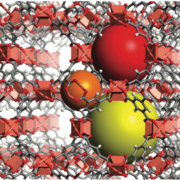