Nanotechnology is still an emerging science and alongside this has uncountable opportunities, discoveries, and advancement ready to be uncovered. So far it is predicted to contribute significantly to economic growth in the upcoming decades. In the modern age scientist have predicted that there are four distinct generations of advancement. Currently for nanotechnology we are slowly emerging into the second said generation as we have thoroughly examined material science with the incorporation of nanostructures (coatings/ carbon nanotubes for example) for strengthening/ improvement of a material. The second generation incorporates active nanostructures such as drug development. Onwards from here it is unclear what exactly is the next advancements maybe combining these individual researched structures into a system. This could be where things become tricky and intertwining with other sciences such as a combination of nanorobotics or the regrowth of organs or potentially limbs. The possibilities are endless with new ideas prompted regularly and with years to come up with ideas it does appear limitless.

There are various barriers however to progressing in this fields such as the impact on the research in benefitting industry. As modern technology is seen as very advanced already the research must have high expectations and promises to meet the demand and the economic rate to be adapted into the system. This scaling factor from lab to industry is difficult alone without including the various trial and errors that comes in to play. Yet nanotechnology has seemed to earn the interest of many already, as the subject to many scientific speculations including  focus in non-scientific pop culture leading to dramatized events by the unknowns of the new discoveries. This trend reoccurs in the science world with most new age advances such as the renowned terminator franchise surfacing from the robotics advancements in the 1940s and 1950s. By this comparison maybe it can be said that nanotechnology is seen as something that has large potential it has sparked interest in pop culture, possibly sparking interest in the larger public. Which of course pop culture is not a valid source of truthful facts and expectations of the science, but it does make one wonder where the limitations lie in these newer sciences. This assists somehow in escaping the barrier as if the progression is seen as limitless and ideas can be stemmed from the over the top fiction it will always be worthwhile investigating.

Futuristic nanotech has been seen to use the nano-particle within the body via both diagnostic and medical uses (which of course pop culture finds a way to make this into fiction with highly unplausible outcomes like growing scales or mind-control etc.). There are extremes to what people envision both realistic and unrealistic but more, so the current uses are much more mundane and focus instead on improving life one step at a time. Currently refining the plastics of our bikes, clothes which are stain resistant, drug delivery, cosmetics and so much more. Nanotechnology is helping use improve inventions that we already possess but were stumped on how to fix errors and improve them further. It truly is an evolutionary science that people have tried to define or place as its true purpose for a while.

Many roles set forward for nanotechnology such as the differentiations  set imposed by certain authors describe nanotech as either incremental, evolutionary or radicle. The deciding differences in these are for example incremental being the reinforcement of previous known structures and materials, essentially improvements of what we have. Evolutionary takes it a step forward in using nanostructures to explore the world and see how their interactions -possibly by chance- can be adapted into useful roles. Finally, radicle nanotechnology, the most far-reaching version, being the construction of machines, whose mechanical components are molecule sized or rather <100nm in diameter.

The far stretched versions of nanotech can be traced to Eric Drexler where he writes that the anticipation of this great science is that we will end up on nanoscale robots and vehicles – for the robots or people is uncertain- being an everyday normality. Unfortunately, this rather cool idea forgets the scaling factor in terms of how this would essentially work, so although the idea of robots the size of atoms sounds rather cool this is one thing that will probably always remain apart of pop culture and the centre of fiction rather than on the side of science. The laws of physics must still be obeyed. Of course, Drexler discussed many more possibilities of nanotechnology is his book, (Engines of Creation: The Coming Era of Nanotechnology), it is still an amusing idea that people have once thought plausible is now known as unrealistic. Yet in saying this modern science has surprised us yet as once it was seen as absurd to fly or even land on the moon, yet it was completed. I am not saying that we will have tiny robots that will build all our phones and chips for us, but we still do not know the extent on nanotechnology and where it will lead us in 10, 20 or 100 years.

[1] The Royal Society, ‘Nanoscience and nanotechnologies: opportunities and uncertainties’, Nanomanufacturing and the industrial application of nanotechnologies, Chapter 4, 4.6 Barriers to progress, pages 32-33 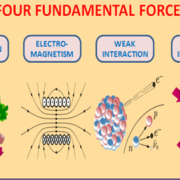 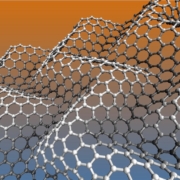 Why We Need Nuclear Energy
Scroll to top