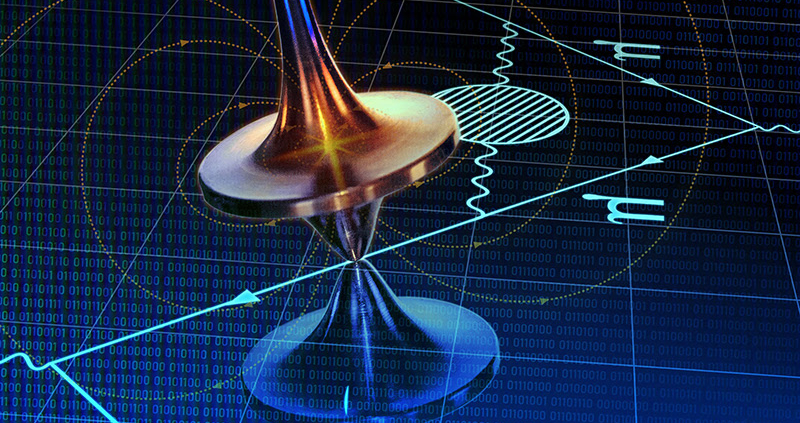 The anomalous magnetic moment of the electron has been both predicted by quantum field theory (QFT) and measured experimentally to an astounding level of accuracy, equivalent to measuring your height to the nanometer. The experimental measurements and the predicted value agree with each other to 10 decimal places making it the most accurately verified prediction in the history of physics. Muons are subatomic particles that are very similar to electrons, a close cousin, but are about 200 times heavier and when this same experiment is done on these muons it’s found that the predicted values and the experimental values are ever so slightly different. This disparity suggests that there is physics that we don’t yet understand happening to the muons which could mean new undiscovered particles amongst other possibilities.

So what is an anomalous magnetic moment?

At a fundamental level, an electron and its cousins behave like tiny bar magnets, and how strong of a magnet it is determined by its magnetic moment. The magnetic moment in turn is determined by the spin of the electron which is just a fundamental value we know that the electron has, similar to its mass or charge. Using classical physics developed over a hundred years ago we would expect a magnetic moment of half a Bohr magneton. But quantum mechanics and QFT shows us that the actual value is 1 Bohr magnetons and a little bit extra Twice the 1 Bohr magnetons and a little bit extra is known as the g factor and is roughly equal to 2.002 and this little bit extra is the anomalous magnetic dipole moment. It is roughly a representation of how strongly the particle will interact with virtual particles which are particles that appear and disappear only briefly.

When muons and electrons interact in a magnetic field it can be visualized using Feynman diagrams. The primary interaction can be seen below: 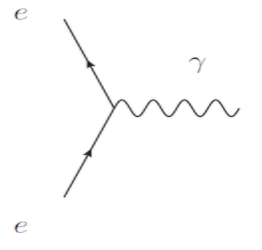 A particle of light (the squiggly line) or a photon is a force-carrying particle, it is like a messenger telling the electron (the straight line) what the magnetic field is and how the electron should move. We can see the photon hits the electron and is absorbed causing the electron to change direction. If this was the only way that a particle could interact with a magnetic field then the g-factor would be exactly 2 and there would be no anomalous magnetic dipole moment.

However, the electron could also interact in the following way: 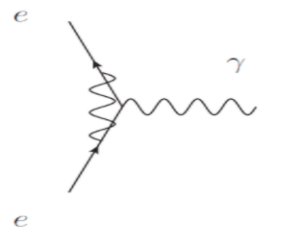 The electron emits a photon first, then absorbs the force-carrying photon, and then reabsorbs the emitted photon. The outcome is the same as before but this interaction is a lot less likely to happen and so it contributes only slightly to the g factor. If we add up the contribution from all the possible interactions we find the true g factor of the particle and using QFT and supercomputers we can add up the first few hundred most probable interactions and thus find the g factor to a high precision theoretically. 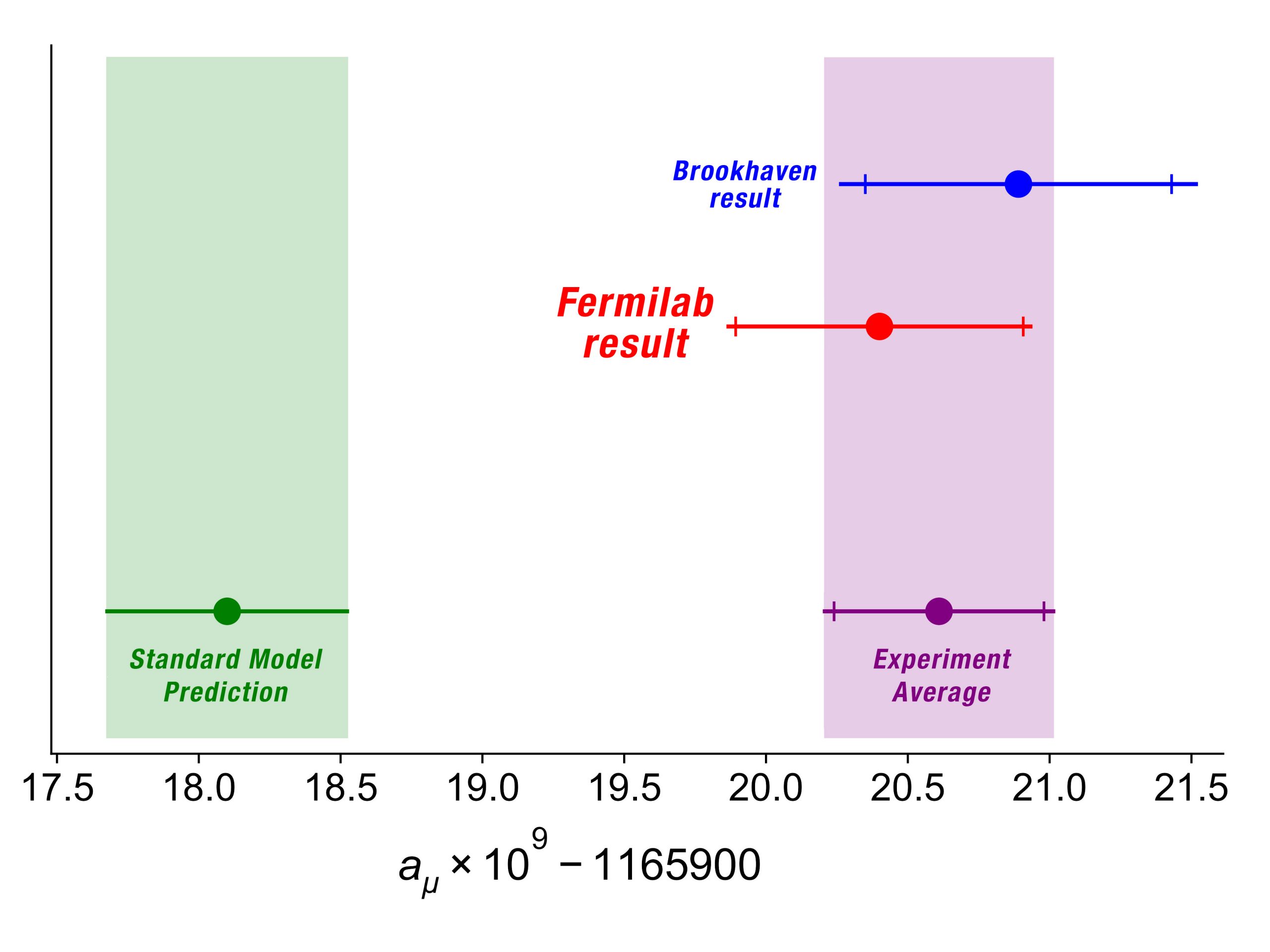 The E821 experiment at Brookhaven National Laboratory (BNL) experimentally determined the anomalous magnetic dipole moment of muons back in 2006 by observing how they precess in a uniform magnetic field since the frequency of the precession will be dependent on the g-factor. Muons only live for a few microseconds before decaying into many other particles. The frequency itself was actually observed indirectly by measuring both the energy of the particles that are emitted when the muons decay, and how often these particles are detected. The precession frequency can then be determined from these values. The experiment found that the experimental values differed from the theoretical values with a 3.6 sigma significance level. That means there is about a 1 in 3000 chance that the experiment was a fluke. The physics community likes to have a sigma significance level of 5 or more though before declaring a result as true or about a 1 in a million chance of the results being a fluke. The experiment done at BNL is being repeated at Fermilab to try and achieve this 5 sigma significance level and measurements are expected to conclude in 2022, the first results from the experiment were released in April of 2021, and combining it with the results from BNL shows a 4.2 level of significance which is very promising.

Why is there a difference?

Because the muon is so much heavier than the electron it’s more likely to briefly form lighter particles (these are called virtual particles) and interact with them before recombination adding more to the anomalous magnetic dipole moment than the electron would have. So if there was some undiscovered particle that the theoretical calculations did not take into account then the heavier muon would interact with it 4200 times more strongly than the electron would, so the anomalous magnetic dipole moment of the electron would be changed to an undetectable level but the bigger change to the anomalous magnetic dipole moment of the muon would be detectable. If the final results out of Fermilab next year obtain a 5 sigma significance level we can say confidently that there are more yet undiscovered particles. Or at the very least there is something wrong with our current theories of how the universe works at the fundamental level.

The Past, Present and Future of Rocketry for Space Exploration.
Scroll to top