Aurora – A Brief Introduction:
Aurora Borealis, or “The Northern Lights”, refers to a phenomenon observed in high-latitude regions of the earth resulting from interactions between charged solar particles and the particles of earth’s atmosphere. Its distinctive colour and formation pattern are the result of these interactions as well as the magnetisation of the earth itself. As can be extrapolated from this reason, a similar phenomenon occurs at the magnetic south pole, “Aurora Australis”. However this is much less renowned than Aurora Borealis, owing to the fact that it is largely isolated to Antarctica, as shown in the figure below. 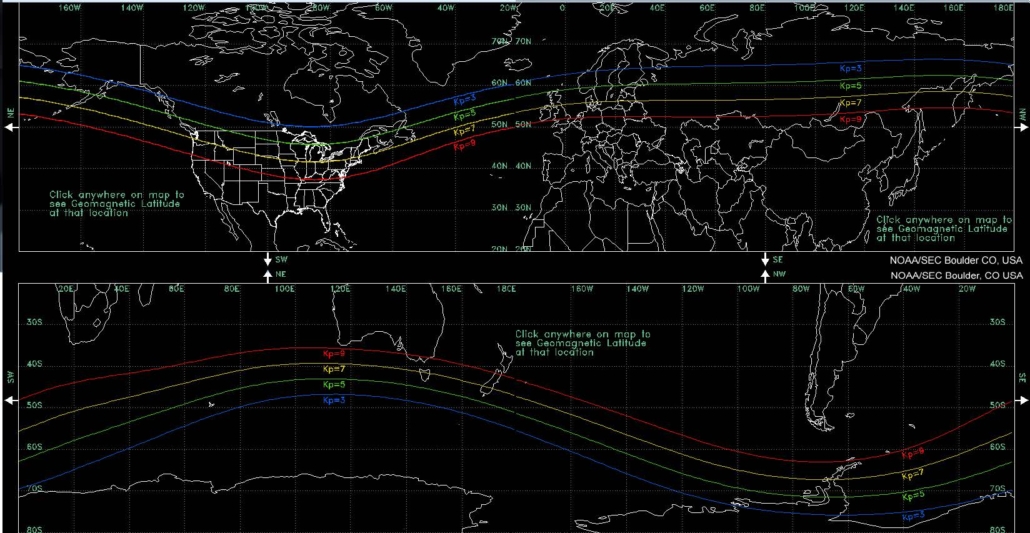 Formation:
To create the Aurora patterns, we require high energy charged particles. Fortunately, the sun  happens to be a reliable source of this exact commodity. At the outermost fringes of the sun lies an area known as the Solar Corona, less dense but orders of magnitude hotter than the
surface of the sun. Owing to this high temperature, particles in this region obtain sufficient energy to escape the gravity of the sun in an event known as a Coronal Mass Ejection or Solar Flare.
This event sends a vast amount of electrons towards the earth, which would bombard the planet with radiation and strip away the atmosphere if not for the presence of the magnetosphere, where the particles are under the influence of the earth’s magnetic field. 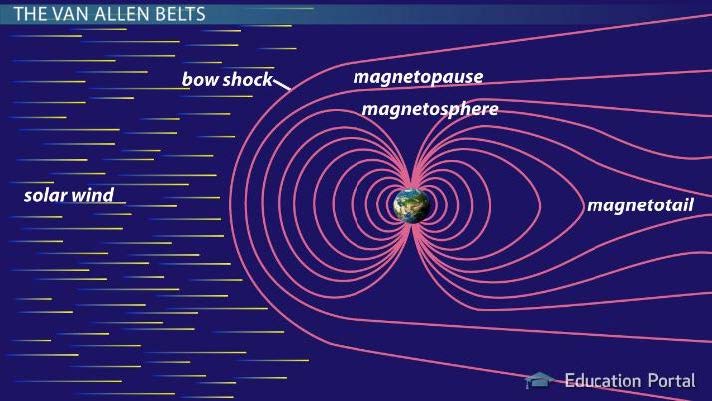 This region forms a shield around the earth from this radiation. However, this region is weakest at the poles of the earth, as can be seen by the indents of the magnetosphere at the north and south. Thus, particles with sufficient energy can be deflected into these areas, whereby they may interact with atmospheric particles. It is this interaction which causes the light phenomenon.

Ροδοδάκτυλος ‘Ηώς – The Colours of the Auroras:
As the electrons strike particles in the upper atmosphere, they ionise and are sent into an  excited state. As they return to ground state, they emit a photon as energy release, which is what we observe visually. The wavelength of this photon depends on the type of particle and the energy of the incident electron, however the most typical colours to observe are green and red hues. The red originates from interactions between atomic oxygen O and low energy electrons, while the green comes from atomic oxygen O and high energy electrons. As it is known that atomic oxygen occurs predominantly in the rarer atmosphere ~ m 2 · 10 above sea level, we 5 deduce that these lights come from the upper atmosphere. Also observed are blue and violet, which come from ionised nitrogen atoms N₂⁺. This occurs lower in the atmosphere, >10 m above sea level. The interactions between other 5 atmospheric particles such as atomic nitrogen N and Helium He are negligible, as the photons produced in these interactions are far fainter compared to O and N₂⁺. 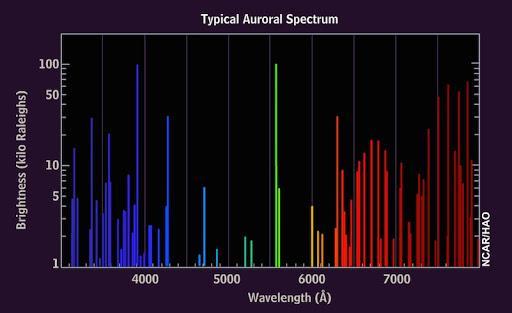 Patterns of the Auroras
Although the Auroras are famous for their ever-changing “dancing” lights, we observe some typical patterns of their formations depending on atmospheric conditions and auroral activity levels. Although the patterns are often composed of combinations of the following, we may break down the formations into three main types: arcs, bands and pillars.
Arcs, as the name suggests, are sweeping arches of light. These occur high in the atmosphere, and may be either structured (i.e. a clear arc pattern, visually stable) or diffuse (much more chaotic, but overarching arced structure). This is most common during times of quiet or crescenting auroral activity, and it is shown in the first image below.
Bands are much longer and more uniform structures than arcs, and are the most common structure for the auroras to take. Often composed of nearly parallel tracks of light, these occur during more active conditions than arcs, and flicker with heightened intensity, leading to the “dancing” of the lights. This pattern is depicted in the middle image Finally, pillars are columns of light reaching hundreds of kilometres in height, and showcasing the full range of auroral wavelengths. As these penetrate deep into the atmosphere, these formations are only observed in times of high activity, during geomagnetic storms and sporadic substorms. This is seen on the right below.

Consumer Technology : Are We At It’s Peak? Can Superconductivity Save Europe?
Scroll to top