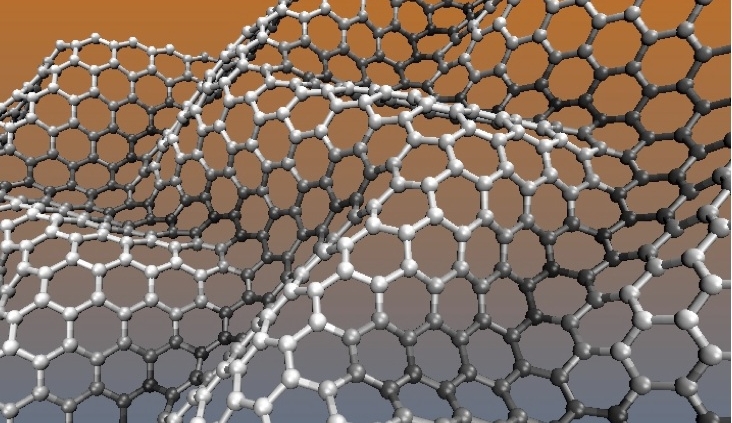 Carbon is the villain. It is the reason for the trapped heat that is causing Climate Change. The two main gases that cause the greenhouse effect are carbon dioxide and methane, CO2 and CH4, and C is for carbon. We burn oil and gas and coal and turf, all laden with carbon. So, carbon is the villain, right?

Wouldn’t it be poetic if it was also the hero? 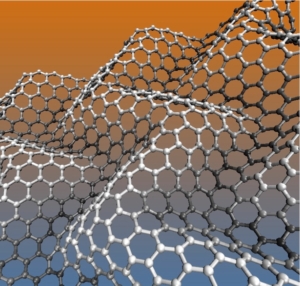 Carbon can save us by being used in more sustainable and cheaper batteries, solar panels, supercapacitors (read: fast batteries) and fuel cells.

To be fair, this isn’t all carbon does. It makes most of you, you. If you are mostly protein (and you are), proteins are mostly carbon. This this is what makes it both a problem and a solution. It’s everywhere.

Carbon, just by itself, can be wildly different. The number to keep in mind: four. Carbon wants to have four bonds.

What you want in a material is: 1) strong bonds and 2) lots of bonds.

For strong bonds you need to be small. This is because the larger the atom, the less the bonds to it care. They are so far away, they don’t feel as impacted by the nucleus, like a voter in Kerry not caring about the problems in Dublin.

For lots of bonds, you need a Goldilocks of not too many electrons and not too few. The reason 4 is the magic number is because its as far from 0 and 8 as you can get. Carbon has these 4 electrons, and it either wants to get 4 more or get rid of them, and to do this it needs bonds. More electrons or fewer electrons, it could achieve this with fewer bonds.

So to explain why carbon is just so good, really just look at it on the periodic table: it’s at the intersection of Strong Bond Street and Many Bond Avenue.

How can we use this? There are two ways this can go: diamond or graphene. Diamond puts these four strong bonds to good use by being bonded to four other carbons at equal distances, in a pattern that looks like this: 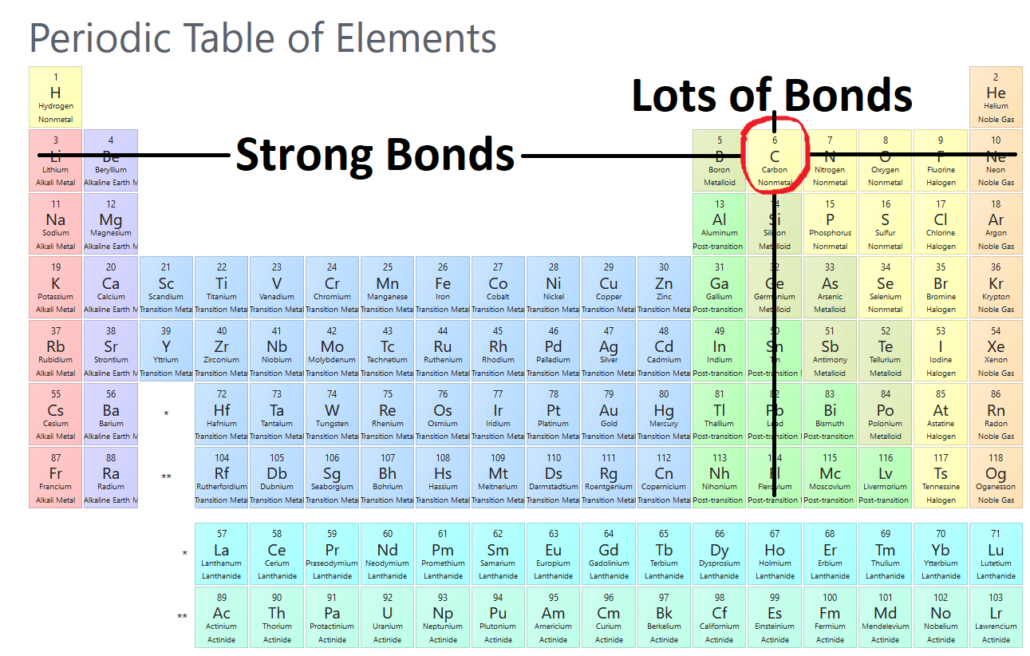 Periodic Table of the Elements and location of carbon

Graphene, on the other hand, breaks our rule: four bonds is better. It does this by making a hexagonal pattern, bonding to three others. The last electron is allowed to float freely between the others, strengthening the bonds. This free electron also gives the great electrical properties of graphene, as loose electrons are necessary for the movement of electricity in a material.

The fact that the carbon is only bonded to three others is what makes it a “2 dimensional” material as there are sheets one atom thick.

Structure of graphene from hexagonal benzene

Like rolling paper into a straw, the graphene sheets can be rolled up into a tube, called a carbon nanotube. Scientists find these extremely exciting materials because they act like wires, with a similar level of conductivity as graphene but in a more useful form.

Now that the properties are explained, we can move on to why this is important: carbon is the hero.

First step is producing energy. Solar panels now are made with silicon. These are fairly efficient, about 20%. But for almost any application, efficiency can be replaced with savings in cost and weight, and the limit for silicon is getting thin enough sheets to use as little material and to be asl light as possible. Graphene has the advantage of being already thin, as well as atomically lighter.

The graphene can be incorporated into the solar panel in multiple ways, as there needs to be materials creating and receiving the electron to make the electricity and a way to transport it after. Graphene can be incorporated into almost all parts of this process, to make the cells more efficient or to completely redesign them, like making them flexible. Expect to see graphene in your solar panels in the future. 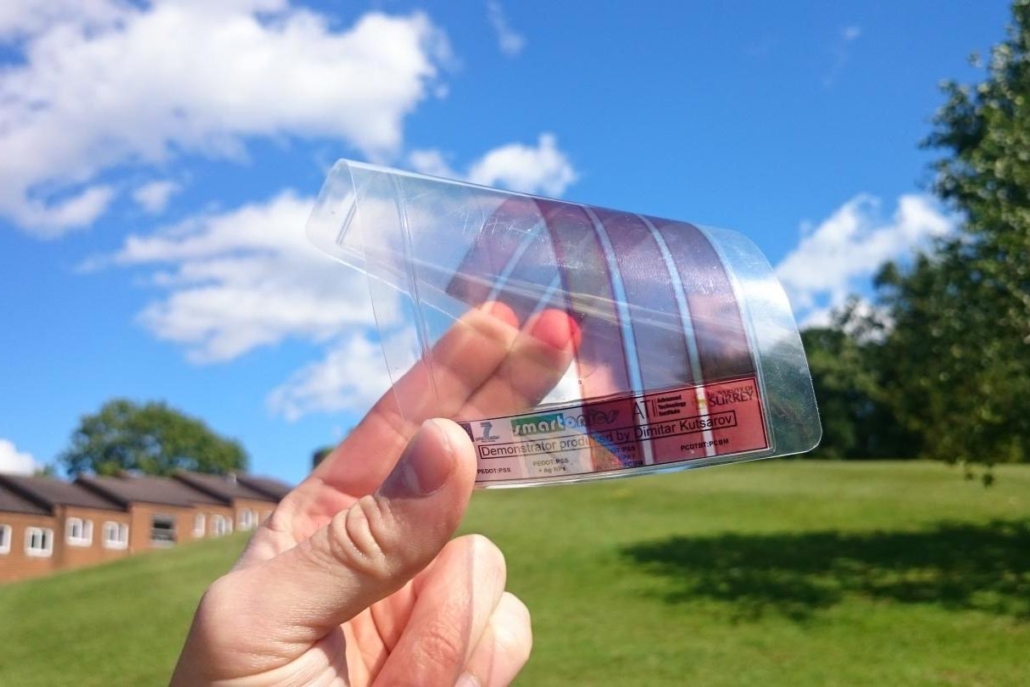 A flexible graphene based solar panel

Next is storing that energy. The most traditional way to do this is batteries. The big players here are lithium ion batteries. These are currently limited in speed of charging and lifespan by the electrodes, rather than the actual battery material. These are currently graphite, which is many disorganised stacks of graphene. These are being improved by replacing them with carbon nanotubes, which can have a higher contact area with the battery, speeding up the process and last longer.

If this isn’t a radical enough change, lithium ion batteries could be superseded by graphene ones completely. These operate by letting charged atoms drift from one sheet to another, releasing electrical energy. Lithium is actually quite rare, so a more abundant replacement is of great benefit. It also needs to be light, because even if you have and amazing but heavy material, it still won’t be good per kilo. Graphene can solve both these problems, and is a candidate for the batteries of the future. 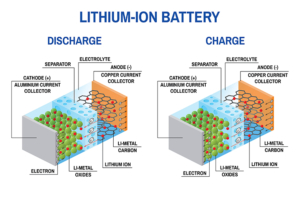 Current use of graphite in lithium-ion batteries

A more experimental option are the much-hyped supercapacitors. Capacitors operate by physically separating positive and negative charges on parallel sheets. They are better if they have larger surface area or a smaller gap between them. You can probably see where this is going. Graphene sheets have an enormous surface area and are thin enough so that the capacitors made from them would have enormous energy density.

There must be a separation of the graphene sheets, done by “intercalation” or insertion of charged atoms between layers. With current technology, these supercapacitors are at the level of other battery technologies such as nickel hydride. 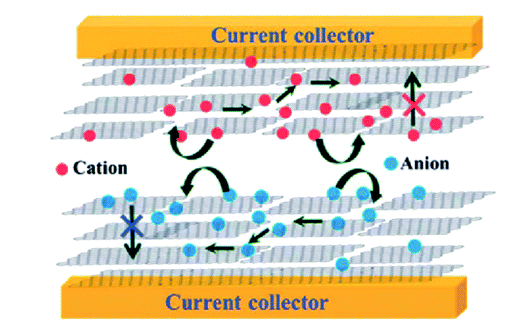 Graphene sheets in a supercapacitor

The final energy storage method that these materials open up is hydrogen fuel. Hydrogen can be made by using electricity to break apart water, H2O, into oxygen, O2, and hydrogen, H2. The same fuel cell can be used in reverse to recombine oxygen and hydrogen into water and an electric current is generated. This means it is in a sense a battery, but with a fuel that can be extracted and stored like a traditional fuel, and the energy per kilo is higher than petroleum.

Graphene has potential as both the anode and cathode (positive and negative electrodes), which has advantage over the competition as it is lighter and less expensive than the rare metals that it would replace. It also is a candidate for the storage of hydrogen. This is useful as hydrogen is so small it tends to leak out of any container you put it in. The graphene is “buckled” like crumpling a sheet of paper, and the high points attract and bind hydrogen, meaning it won’t leak out of the container.

So, carbon has been both the problem and the solution. While creating the problem in the form of carbon dioxide and methane, it has the potential to be the solution. Graphene can be made into solar panels, batteries, supercapacitors and hydrogen fuel cells and storage while carbon nanotubes can improve the batteries we already have.

Maybe carbon isn’t the hero we deserve, but it’s the one we need.

When Will We Use This in the Real World? The Importance of Math Education