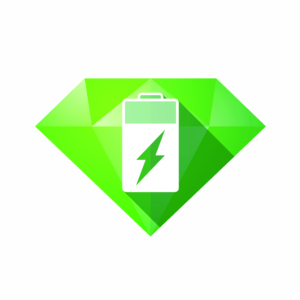 Imagine a battery that lasts for thousands of years. Now suppose that battery also helps remedy one of the world’s problems regarding environmentally friendly power generation. In 2016 the Cabot Institute at the University of Bristol proposed the use of diamonds synthesised from carbon-14 as a new type of nuclear battery. This novel battery design could revolutionise the way nuclear power generation is viewed, as well as providing a useful, long-lasting power source.

A Brief History of Nuclear Batteries

In the year 1913, an English physicist named Henry Moseley published the first paper detailing what is now known as a nuclear battery.  This is a type of battery which produces electric current through radioactive decay. Henry Moseley originally used radium for the production of beta particles, which generated an electric current. Beta particles are essentially fast moving electrons that are emitted during the radioactive decay of atomic nuclei.(These beta particles collide with other atoms creating electron-hole pairs which generate a current). A nuclear battery which specifically uses beta particles to produce power is known as a betavoltaic battery or cell. [1]

Fast-forward to the 1950s and the nuclear battery began to receive more attention. In 1954 the Radio Corporation of America (RCA) developed a small nuclear battery for use in radio receivers and hearing aids. Most nuclear batteries are extremely long lasting, with lifespans of up to thousands of years. For this reason, they are perfect for such uses.

Betacel was developed by an American physicist known as Larry C. Olsen in the early 1970s. It was the first commercially available betavoltaic battery. Many of these batteries were produced by the McDonnell Douglas Corporation, where Olsen worked, for use in implanted heart pacemakers. However, these batteries utilised the radioisotope Promethium-147 as the beta particle source. This was limiting due to the fact that Promethium-147 has a half life of just over two and a half years. After this timespan, half of the sample will have decayed into Promethium-146 which emits much more dangerous gamma rays, requiring the batteries to be well shielded. This safety concern coupled with the shorter lifespan eventually led to the discontinuation of the Betacel battery. [2]

The work of both Henry Moseley and Larry Olsen laid the foundation for future betavoltaic technology and research, as well as the overarching field of nuclear batteries. Nowadays,  isotopes such as tritium are used in the production of betavoltaic batteries. Tritium is a radioactive isotope of hydrogen, but is a much safer alternative than Promethium-147. [3]

The Problem of Nuclear Waste

There are currently 440 nuclear power plants in operation worldwide. While nuclear power has its staunch critics, it is by far and away the most efficient power source available to us nowadays and is here to stay. The process of creating large amounts of energy in a nuclear reactor unfortunately creates byproducts in the form of radioactive nuclear waste. This nuclear waste is harmful to humans and the environment and can remain radioactive for thousands of years. It is encased in steel and concrete and stored deep underground or underwater. 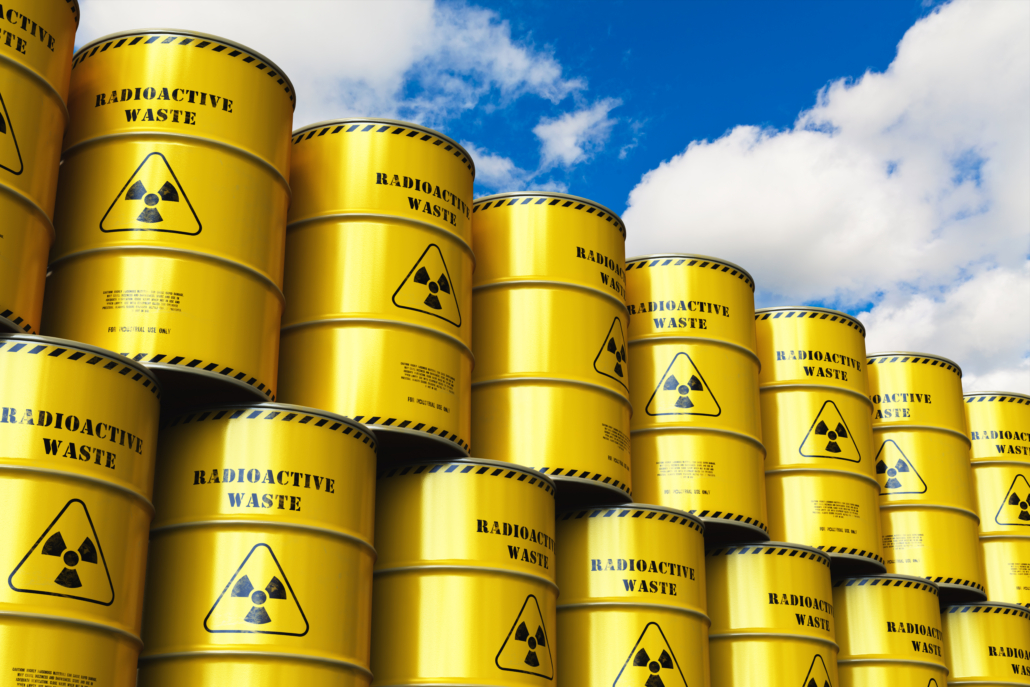 Non-radioactive moderators are essential for a controlled fission nuclear reaction. These moderators reduce the speed of fast neutrons, allowing for a sustained nuclear chain reaction. 20% of all moderators worldwide are made from graphite, which is a form of carbon. While initially stable, the graphite is turned into the radioactive isotope carbon-14 from being exposed to such high levels of radiation and must be disposed of. In the UK alone there are over 95’000 tonnes of carbon-14 nuclear waste and this number will continue to grow in the future. The radioactive activity (nuclei decaying per second) of carbon-14 is much lower than that of other nuclear waste radioisotopes such as Strontium-90, making it a relatively safe waste product to research for betavoltaics.

What are Diamond Batteries?

The design proposed by the Cabot Institute takes carbon-14 and uses it to produce a safe and efficient nuclear battery. Carbon-14 is a radioactive isotope of carbon which is subject to beta decay and has a half-life of 5730 years. The radioactive graphite rods from decommissioned nuclear reactors are a source of carbon-14. It was demonstrated that the majority of the radioactive carbon-14 of the graphite rods is concentrated on the outer layer and a large portion can be extracted as a gas through heating. This radioactive gas can then be converted at low pressures and high temperatures into a synthesised diamond. These radioactive diamonds act as a beta radiation source and can be encased in a diamond shell of non-radioactive carbon-12 to contain the radiation. The final product emits less radiation than that of a banana. The protective shell has the additional benefit of acting as a diamond semiconductor and the resulting structure can be used as a betavoltaic cell.

The long half-life of carbon-14 results in a nuclear battery with an extremely long lifespan, greatly exceeding that of previous nuclear batteries. This coupled with the safety provided by the diamond casing makes the diamond battery a desirable concept .

Possible Applications of the Diamond Battery

The applications of the diamond battery are limited only by the imagination. The long lifetime of the batteries makes them excellent for use in devices in which the battery can not easily be accessed. As the current prototypes of these batteries only produce a low current they are most suitable for use in low power devices.

Some of the suggested applications are

Medical Devices: Currently devices such as pacemakers and hearing implants contain lithium ion batteries which have a finite lifetime requiring the patient to undergo regular operations to maintain them. The diamond battery could offer a better quality of life to people that need these devices .

Space Exploration: Nuclear batteries are currently used however the prospect of diamond nuclear batteries offers a safer and more compact solution to powering satellites and other devices as they embark on their journey into the unknown.

Smoke Detectors: This application of the diamond battery offers comfort and convenience in that one never has to worry about their smoke alarm failing due to a dead battery.

An Investigation of the Effectiveness of Nuclear Energy as a Potential Solution...

The history of the Neutrino
Scroll to top