Now I’m sure we’ve all been in the situation where, we’re in a lab and we have made our product with very high yield, and we’re happy. But how can we be certain that the product we have is the product we wanted to make in the first place?

In order to determine the molecular structure of our sample, we use Nuclear Magnetic Resonance (NMR) spectroscopy. This works based off the principle that some atomic nuclei have nuclear spin, and the presence of this spin makes these nuclei behave like a small magnet. The spinning charge of the nuclei can generate a magnetic dipole, which can interact with an applied external magnetic field.

Fig 1: Nuclei in the absence and presence of an applied magnetic field (2)

When the sample is irradiated with energy of a suitable frequency, this distribution will change. For example, 1H nuclei will flip from low to high energy states. This is the resonance part of NMR and involves absorption of radiation. The frequency of the irradiated energy depends on the type of nucleus we want to resonate and abides by the following resonance condition:

Where nu is the frequency of the absorbed radiation, gamma is the magnetogyric ratio, which is simply the ratio of the nucleus magnetic moment to its angular momentum (the ratio is unique to each nucleus) and  is the applied magnetic field.

NMR spectroscopy is done multiple times on the same sample, with each successive NMR focusing on a different nucleus in the sample, and the results being used in conjunction with each other to determine the molecular structure. For example, for C3H6O, there are multiple different ways to structure the molecule, with just three being shown below. 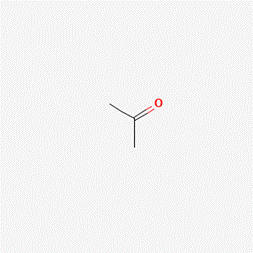 Figure 2.a) One possible arrangement of C3H6 (a. Acetone) 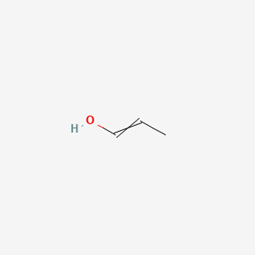 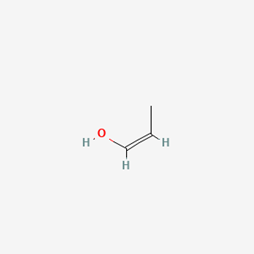 If we obtained a 13C and a 1H NMR spectra for all three isomers, we could quickly determine which arrangement is held by our sample. For acetone, if we did 1H NMR, we would see that all the hydrogens are in the same chemical environment

To determine what is attached to our molecule, we can use infrared (IR) absorption spectroscopy. This works on the principle that molecules absorb frequencies that are unique to their structure. These absorptions happen when the frequency of the absorbed radiation matches the vibrational frequency. The energy of the absorbed radiation is affected by the masses of the atoms, and the associated strength of the bond between the atoms.

The vibrations of the molecule give rises to multiple absorptions that occur between 4000 cm-1 and 400 cm-1, with the region below 1500 cm-1 being known as the fingerprint region, which is generally unique to the molecule in question. When examining an IR spectrum, one would use an IR table, which would tell you approximately the region certain functional groups absorb light in, and by matching the absorption peaks in your spectrum to the IR table, you can determine what functional groups are in your molecule. 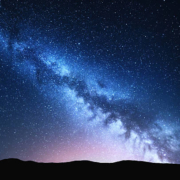 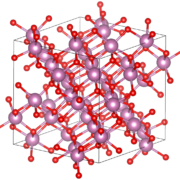 Transparent Conductive Oxides: What are they?

Transparent Conductive Oxides: What are they?

How will it All End?
Scroll to top