A quark is defined as any component of a set of primary subatomic particles that interact via the strong force and are thought to be among the fundamental components of matter. Protons and neutrons are formed by quarks interacting with one another via this strong force, much like atomic nuclei are formed by the latter particles combining in various proportions. Quarks are classified into six kinds, known as flavours, based on their mass and charge properties. There are three pairings of quark flavours: up and down, charm and weird, and top and bottom. Quarks appear to be actual elementary particles, with no discernible structure nor the ability to be resolved into smaller particles. However, quarks appear to invariably combine with other quarks or antiquarks, which are their antiparticles, to generate all hadrons—the so-called strongly interacting particles that include both baryons and mesons. 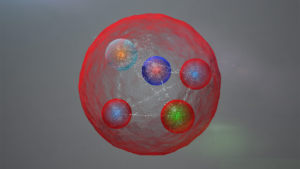 James Joyce isn’t generally the first name that comes to mind when we think about particle physics. In 1963, when physicist Murray Gell-Man offered a term for his hypothesis of a fundamental particle of matter smaller than a proton or a neutron, Joyce was not on his mind. There was no spelling for the phrase he pronounced “quork” since it had never been written down. 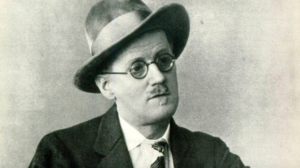 According to Gell-Man’s own account, he had a propensity of calling strange items “squeak” and “squork,” and “quork” was one of them. He stumbled upon a phrase from Joyce’s ‘Finnegan’s Wake‘ a few months later:

Sure he has not got much of a bark

And sure any he has it’s all beside the mark.”

Joyce clearly intended quark to rhyme with Mark, bark etc. However, this didn’t sound anything like the “kwork” in Gell-Mann’s thoughts. The physicist used some imagination and recreated the statement as a request for drinks at the bar:

Pronouncing the term like kwork “might not be wholly irrational” with this change, notes Gell-Mann in his 1994 book ‘The Quark and the Jaguar’. “The recipe for producing a neutron or proton out of quarks is, roughly speaking, ‘Take three quarks,” thus the allusion to three seemed appropriate. 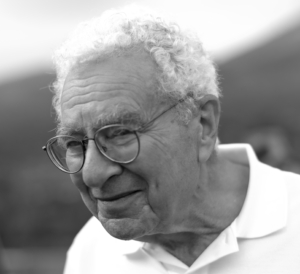 The name quark comes from an old English phrase that means “to croak.” In the tale of Tristan and Iseult, a bird choir mocks King Mark of Cornwall, and the above-quoted verses are about that. However, there is a persistent mythology, particularly in German-speaking regions of the world, that Joyce got it from the word Quark, a German word of Slavic origin that is often translated as “cottage cheese” but is also a slang phrase for “trivial nonsense.” According to folklore, he heard it in a peasant market in Freiburg during a visit to Germany. 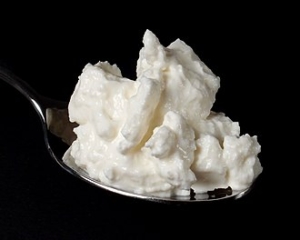 AURORA BOREALIS – A PHYSICAL PERSPECTIVE
The Framework in which a Concept is Understood
Space Weather and How It Can Affect Telecommunication Systems on Earth
The Particle Zoo: Building blocks to our Universe.
John Bell and the Death of Classical Determinism
The Era of Quantum Computers
0 replies