Have you ever wondered how those water fountains at airports have perfectly smooth jets of water, that look like rods of glass jumping around in all directions? Well, that is because of a phenomenon called laminar flow! In fluid dynamics, when the flow of fluid particles follows smooth paths, all parallel to each other with no mixing between the layers, laminar flow is achieved where the fluid is so streamlined that when it exits a nozzle or pipe, it looks exactly like a rod of glass. 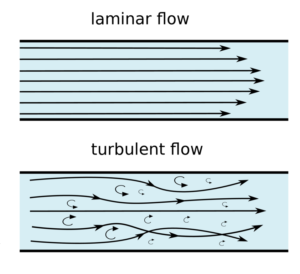 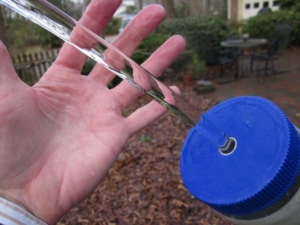 In contrast to laminar flow, turbulent flow is when cross currents, swirls, and mixing between the paths of the fluid cause chaotic flow of fluid. The one example of laminar flow that occurs in nature is in waterfalls. At the very edge of the waterfall, the currents of water follow laminar flow because of the velocity of water as it reaches the edge. Soon after the water falls over the edge, mixing of the different currents with acceleration due to gravity causes turbulence in the flow, breaking away from the smooth laminar flow. 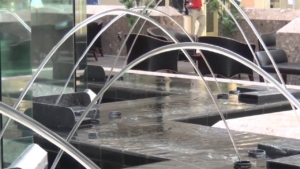 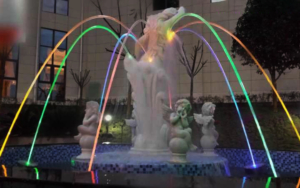 Therefore, using water with a viscosity of approximately 1, at low velocities and small diameters of nozzles, the water fountains at airports can be engineered to create majestic glass rod looking flow of water. The jets can be fitted with LEDs to create even more spectacular formations. Another important application of laminar flow is seen in the wings of an aircraft. The wings are specially designed to cut the air in order to create laminar flow of air around it so as to minimise drag effects and help produce lift.