I’m sure everyone has had their fun using magnifying glasses in their time. Walking around the back yard looking into every nook and cranny to peer into a world not usually seen without the magnifying power of the lens. Now imagine looking to space and seeing that the same thing applies there. Instead of a glass lens of the magnifier being used, huge heavy galaxies are used and the world we peer into isn’t that of insects and mites, but of our own Universe billions of years ago. Gravitational lensing might be our ticket to seeing our very own universe at in its youngest years, a tool we can use to answer some of our most important questions, or maybe bring us more questions.

In 1915 a little-known German scientist released four separate papers, the contents of which would change the way we understand physics to this day. That scientist’s name? Albert Einstein. Einstein’s theory of General relativity considered space and time, two things which we treat as separate in our daily lives, as two sides of the same coin. This space-time meant several things for Einstein in his theory. For one he suggested that extremely heavy objects in the universe would cause space-time to become curved. Physically this meant that anything passing by these heavy objects would have their paths altered and curved, even light. In our everyday lives, there is nothing big or heavy enough to be able to bend light, but looking to the universe, this is another story, The universe is full of objects big and heavy enough to cause severe bending of light and matter, the consequence of which include gravitational lensing. 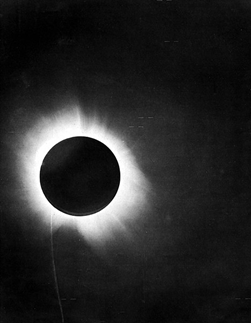 Figure 1: First image of Gravitational Lensing taken By Eddington in 1919 during the total solar eclipse. This would become the first of a large pile of evidence confirming Einstein’s theory of General Relativity.

On May 29th, 1919, the theory of relativity was confirmed when English Scientist Arthur Eddington took measurements during a total solar eclipse to investigate whether Einstein’s theory could be correct. His results were clear. He measured the position of stars in the sky during the eclipse and found that the locations of these stars had moved significantly. The reason for this apparent change in position was due to light being bent by the mass of the sun. Only during the Eclipse were these observations possible. This was the first ever documentation of gravitational lensing.

So how does gravitational lensing really work?

Most gravitational lensing that can be found in the universe comes from light being bent around large galaxies. Bright systems behind the galaxy will send light to and around the galaxy. Some of the light will bend due to the heavy galaxy and then this curved light will make its way to us, the observers. The galaxy acts like a magnifying lens focusing the light on central points while also magnifying the light, a cosmic magnifying glass if you will. There are two common and easy to identify types of gravitational lensing, Einstein Crosses and Einstein rings, both named after the man who proposed their existence. 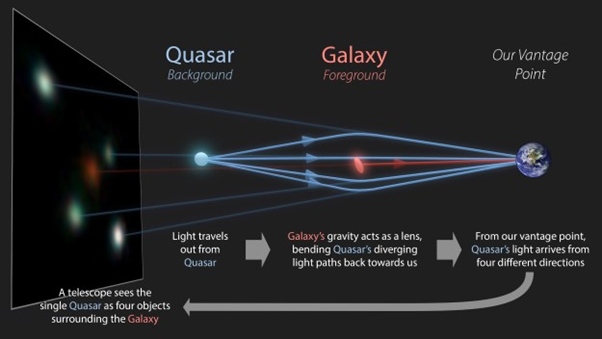 Figure 2: An Image demonstrating a Gravitational Lens and how one occurs, quasars are typically some of the brightest objects located within the Universe 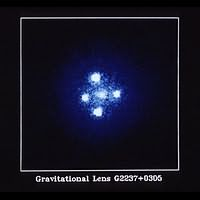 Einstein crosses can be identified by the galaxy acting as the lens in the centre and 4 points surrounding it which come from a bright object directly behind the lensing galaxy. It can be thought of as making a ‘plus’ shape. There are many examples of Einstein crosses which have been found however there is only one which is named the Einstein Cross. This image was the first image found of the phenomenon and was only discovered in 1985. Since then, many more have been found. 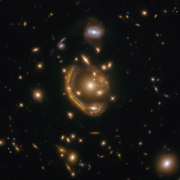 Figure 4: the ‘Molten Ring’ Galaxy, which is a galaxy with one of the most complete Einstein Rings ever found.

Einstein Rings can be identified by the central galaxy, which is the lens, being surrounded by a bright ring of light caused by a distant bright object. Unlike the Einstein Crosses, the bright object is not located directly behind it. This makes the light form a circle around the galaxy rather than focusing light to certain points. Sometimes a full ring may not be observed but rather an arc, however they are all considered to be in the same class.

So what is gravitational lensing used for even?

Gravitational lensing is not just a chance for cool pictures, nor something we can point to as proof of Einstein’s theory. Gravitational lensing might become an incredible tool for people who studying the early universe. You see unlike the magnifying glass we all used at home, gravitational lenses direct light from extremely distant places, light which comes from places which existed many, many years ago. A time when the Universe was in its infancy. Because light from these places is magnified, gravitational lenses may give us a powerful glimpse into the universe at that time. Only recently, March 2022 was the farthest star ever, nicknamed ‘Earendel’ discovered, using gravitational lensing. This might be the first of many more discoveries to come especially with the launch of the James Web Space Telescope, the potential discoveries waiting to be made are incredibly exciting. 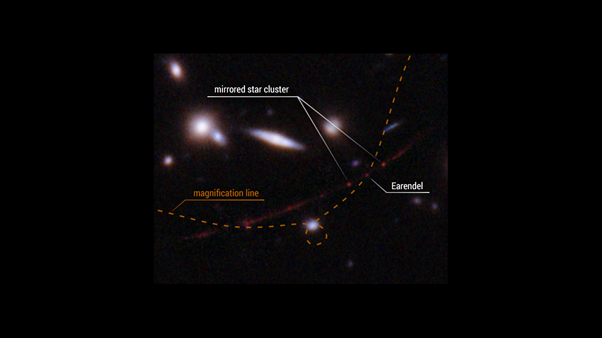 Figure 5: A graphic released by the Hubble team which shows the image of ‘Earendel’ overlapped with the effects due to gravitational lensing

What’s next as we look to the past?

While there’s no telling what new discoveries we might make about the universe, one thing is certain. Gravitational lensing will be a powerful tool to those seeking answers to the origin of the universe. Like many new tools used to search for answers, often we get an answer to one but two more questions arise. Either way it’s truly an exciting time we get to live through.