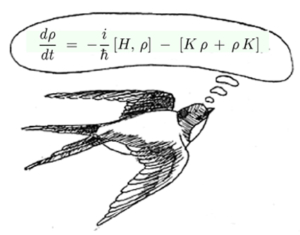 Since the dawn of the quantum revolution in physics during the early 1900’s, there has always been the lingering question of whether the phenomena described by quantum mechanics could ever significantly influence the behaviour of complex organisms. This is of course a very natural question to ask, due to the fundamental nature of quantum mechanics, describing the way in which the particles that make up everything in our universe behave. Superficially, it seems valid to assume that quantum theory plays a non-trivial role (i.e affecting the actions and behaviours of organisms) in biology, since it is so inextricably linked with mathematics and the other sciences of physics and chemistry which govern the underlying principles of biology. However, as with most things in life, the answer to such a question is not as simple as it may first appear and is still up for debate to this day. In this piece, I will discuss one of the many possible examples of “quantum biology”, namely, the theorised mechanism with which migratory birds navigate (avian magnetoreception). In order to truly understand the source of all of this debate, we must first look back at the beginning of quantum mechanics.

The Brave New World of Physics

The development of quantum mechanics was a total paradigm shift for the field of physics, with our understanding of the universe at the macroscopic level being shown to be incompatible with behaviour of the universe at very small length scales (at the atomic scale of the order of approximately 10-10 m). At the heart of this revolutionary theory was the idea that the quantum world is probabilistic, contrary to the deterministic nature of the world we experience. In essence, this means that we can never exactly predict the location of particles at the atomic scale and that we can only know that there is some probability to find a particle in a given region of space. The discovery of this weird and wonderful world, within the one we thought we knew so well, was truly groundbreaking. So much so that many of the architects of quantum mechanics such as Neils Bohr, Pascual Jordan and Erwin Schrödinger began to question the true nature of our reality, going so far as to probe what it means to be alive.This new found interest in the meaning of life is clearly demonstrated by Schrödinger’s book ‘What is life?’ from 1944, in which he predicted the mechanism with which genetic traits are stored. Thus, it was in this age of unrivalled discovery that the idea of quantum mechanics influencing the biological function of organisms was born. 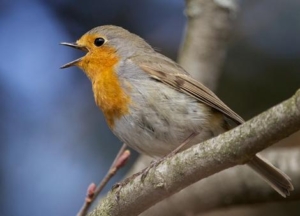 Figure 2: The European Robin is one of the species of birds that is theorised to use magnetoreception to navigate.

One of the most interesting examples of “quantum biology” is that of avian magnetoreception (the ability to sense magnetic fields) which is proposed to be the mechanism with which certain species of birds navigate. This new theory was first described using quantum mechanics in 1978 by K. Schulten, C. Swenberg, A. Weller at the Max Planck Institute in Göttingen, Germany. The origins of this radical theory can be traced back to experiments carried out on European robins, from which it was determined that their magnetoreception was photoreceptor based and dependent on changes in the intensity of external magnetic (or B) fields. In addition to this, it was also found that their navigational abilities were impaired by weak external oscillating magnetic fields. Combining these observations, the researchers concluded that the robins must navigate using their ability to sense the Earth’s magnetic field. It should be noted that the Earth’s magnetic field is relatively weak when compared to an average fridge magnet, being approximately 3.05X10^{-5} T and thus over 30 times weaker than an average fridge magnet.

The mechanism suggested by the team of researchers was called the Radical Pair mechanism and involves the quantum mechanical effect of entanglement. The mechanism is initiated by photons of light falling onto the retina of the bird and interacting with a light sensitive family of proteins called Cryptochromes. If the photons are of a suitable energy (or equivalently wavelength), it is possible for a single photon to eject an electron from one protein molecule and the electron to subsequently become bound to another protein molecule, creating what is known as a radical pair (i.e each molecule is called a radical in these unstable states). Since these radicals are created at the same time, the molecules are said to be entangled particles, as a result of one of the many quirks of quantum mechanics. These entangled particles have the downright weird property that affecting the state of one particle also instantaneously affects the other particle, no matter the distance between the particles. In this entangled state, the molecules switch between two distinct chemical states, with one of the states supposedly causing a buildup of a certain compound (which currently has not been identified) in the retina which influences how the bird’s eyes send signals to the visual cortex of the bird’s brain. However, the presence of an external magnetic field causes the radical pair to spend more time in one of the chemical states, meaning that the signals sent from the bird’s eyes to its brain are dependent on the magnetic field, effectively giving the bird a biological compass. 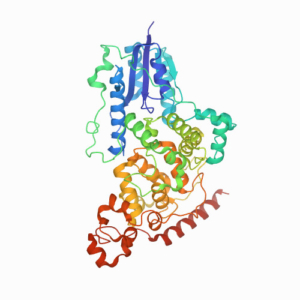 Figure 3: The structure of a cryptochrome protein.

As previously mentioned, there is still no consensus in the physics and biology community as to whether quantum mechanics has a non-trivial role in biology, with avian magnetoreception being a prime example of this discourse. Sceptics of this theory and “quantum biology” in general, such as Niels Bohr, have suggested that sustaining quantum entanglement for relatively long periods of time (of the order of 100 μs) as required by the radical pair mechanism is impossible in the wet and hot conditions of a bird’s eye. This is a result of quantum mechanical effects only being significant at very low temperatures, with the theories of classical physics, which do not include entanglement, dominating at high temperatures. Of course, it is possible that nature has found a better way to create and sustain the quantum entanglement of particles, however, this is very unlikely based on our current understanding of quantum mechanics. Nevertheless, even if “quantum biology” is proven to be an impossibility, the discoveries made in the process of disproving these theories will be vital additions to our understanding of the quantum world and the strangeness it entails.