In 1958 Nasa launched its first spacecraft, Explorer 1. It was equipped with a Geiger counter which was expected to record cosmic rays, however, the radiation readings transmitted back were far higher than could be explained. The subsequent Explorer 3 mission collected more data and showed that there were large bands of radiation surrounding the earth that were held in place by the Earth’s magnetic field.[1] These belts were named after the principal researcher on the mission, James A. Van Allen. 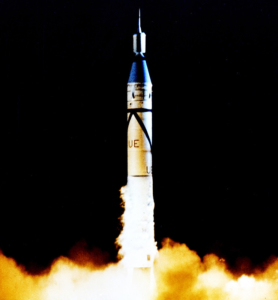 The Van Allen belts have been mapped by a number of different space missions, and it was found that there are two belts, an inner one and an outer one. The inner belt is located approximately 3000 km above the Earth’s surface and the outer belt is found at around 20000 km above the Earth. There is no clear boundary between them as they merge together. Both belts are strongest above the equator and weakest above the Earth’s magnetic poles. Interestingly, the belts are very dynamic and their structure varies wildly due to solar weather. In 2012 the Van Allen probes were launched to study the radiation belts and they detected a third belt at a higher altitude. This belt only lasted four weeks before being destroyed by a shock wave from the sun. [2]

The belts are made up of charged particles moving at high speeds. The inner band is dominated by protons with energies of about 30 MeV and an intensity of 20000 protons per cm2. The outer band consists of a mix of electrons, protons and alpha particles. These particles generally have less energy than those in the inner belt. The particles in the inner belt are formed when cosmic rays collide with atoms in the Earth’s atmosphere, neutrons are produced which then decay into protons and electrons. These charged particles move in spiral paths under the influence of the Earth’s magnetic field, when they near the poles they are reflected back by the magnetic mirror effect. The ions in the outer belt are thought to have more than one source. The protons and electrons are produced from the atmosphere, while the alpha particles come from solar wind. Over time, particles in the outer belt can escape into space while particles in the inner belt lose energy from collisions with the atmosphere. [3]

Most satellites and spacecraft are in low earth orbit, at about 300km – 2000 km above the Earth. At this altitude they only interact with the bands at one area known as the South Atlantic anomaly. This is an area above the South Atlantic Ocean where the Van Allen bands are closer to the Earth than anywhere else. The radiation here is not high enough to pose a threat to astronauts however it can cause measurement errors with certain equipment. The Van Allen belts do cause real problems for Moon missions. During the Apollo missions a trajectory was chosen such that they passed through the inner Van Allen belt at a high inclination above the equator and avoided much of the radiation. Nasa also observed the solar weather before and during the launch so that the launch could be aborted if radiation levels got too high. To protect the astronauts from the radiation they did encounter, the command module was shielded with aluminum. These methods were effective and throughout the entire Apollo 11 mission the astronauts only experienced about 1.8 milli-Sieverts of radiation. This is about the same radiation as a low dose CT scan. 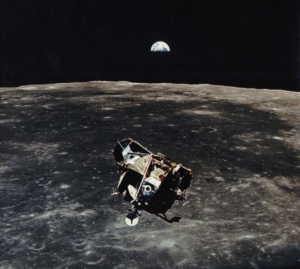 The Van Allen bands do pose significant challenges to spaceflight, however, with careful planning and preparation these problems can be overcome.

Superconductors: Why are they so ‘Super’?
Scroll to top